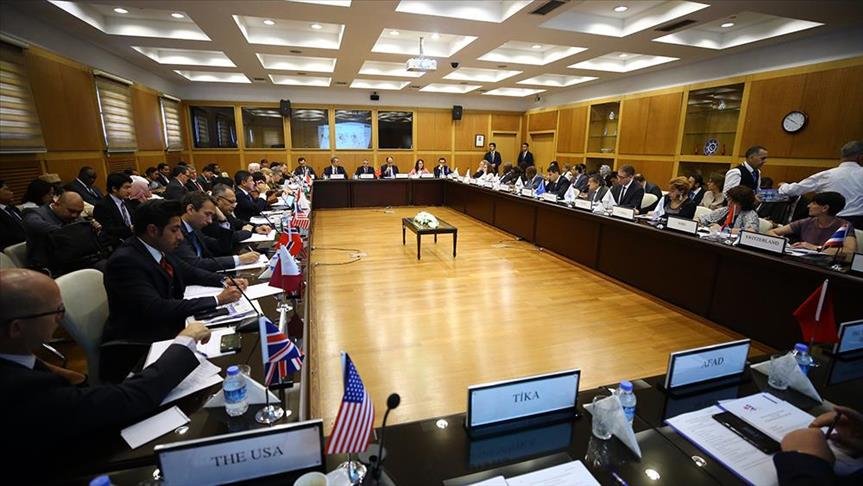 Turkey’s capital Ankara on Friday hosted an international consultation meeting on the Rohingya crisis with a focus on the challenges of improving living conditions for refugees.

Delivering an opening speech at the conference, Turkish Foreign Ministry Undersecretary Umit Yalcin said the humanitarian crisis in Myanmar’s Rakhine state and Bangladesh’s Cox’s Bazar remains ongoing despite all the efforts that have been made.

Yalcin reiterated Turkey’s gratitude to the Bangladeshi government for preventing a catastrophic humanitarian situation by opening its borders. However, he said all the efforts were still not enough.

Since Aug. 25, 2017, some 750,000 Rohingya, mostly children and women, have fled to bordering Bangladesh after Myanmar forces began a crackdown on the minority Muslim community, according to Amnesty International.

In a report published recently, the humanitarian group said the deaths of 71.7 percent or 6,700 Rohingya were caused by violence. They include 730 children below the age of 5.

“In addition to our efforts made on the humanitarian front, we must also increase our efforts on the political front, as responsible members of the international community,” Yalcin said.

There is a need for a comprehensive strategy to resolve the political, economic and human problems of Rohingya Muslims, he added.

The head of the EU delegation to Turkey Ambassador Christian Berger as well as senior officials from the U.S., Australia, Bangladesh, Finland, the U.K, Switzerland, Japan, Canada, Qatar, Norway, Thailand and U.N. bodies attended the meeting.

The representatives from Turkey’s Health Ministry and other Turkish nonprofit organizations — including the Disaster and Emergency Management Authority (AFAD), Turkish Red Crescent and Turkish Cooperation and Coordination Agency (TIKA) — also participated in the meeting.

The Rohingya, described by the UN as the world’s most persecuted people, have faced heightened fears of attack since dozens were killed in communal violence in 2012.

The UN has documented mass gang rapes, killings — including of infants and young children — brutal beatings, and disappearances committed by security personnel. In a report, UN investigators said such violations may have constituted crimes against humanity.