Analysis: Why is Turkey Deploying Troops to Qatar? 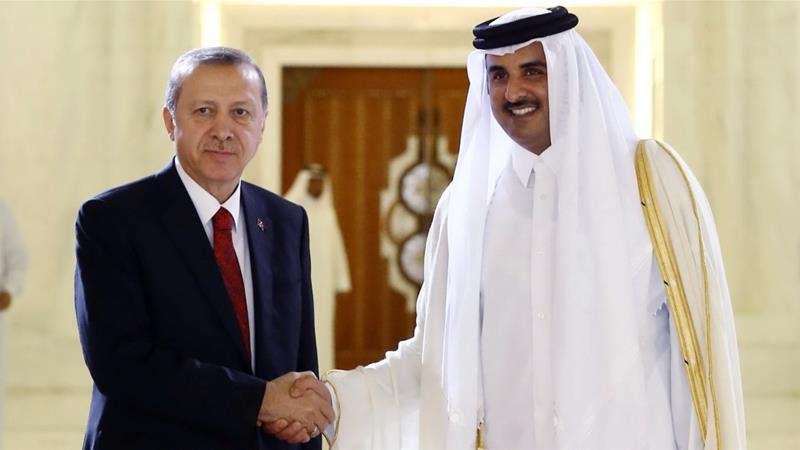 Only two days after Saudi Arabia, Egypt, the United Arab Emirates and Bahrain severed diplomatic relations with Qatar for its alleged support of “terrorist organisations”, Turkey’s parliament has ratified military deals allowing its troops to be deployed to a Turkish military base in Qatar. Turkish analysts talking to Al Jazeera interpreted the move as “an apparent show of support for Qatar”.

“This indeed suggests that Turkey sees its defence ties with Qatar as an indispensable pillar of its strategic posture in the region,” Can Kasapoglu, a defence analyst from Turkey’s EDAM, told Al Jazeera. “It also shows that Ankara would not drastically alter its long-term vision for regional fluctuations.”

“Turkey has had a base and soldiers in Qatar for a while,” Kadir Ustun, the executive director of the SETA Foundation in Washington, DC, explained. “Increasing Turkish presence there at this point might be an attempt to reassure Qatar.”

Turkey set up a military base in Qatar, its first such installation in the Middle East, as part of an agreement signed in 2014. The base, which has a capacity to accommodate up to 5,000 troops, already hosts 200 Turkish soldiers.

Late on Wednesday, two deals were ratified in Turkey’s parliament; one allowing Turkish troops to be deployed in Qatar and another approving an accord between the two countries on military training cooperation.

Both agreements, which were drawn up before the spat between Qatar and its neighbours erupted, were brought to parliament by MPs from Turkey’s governing Justice and Development Party (AKP) in an extraordinary session.

“The military base in Qatar is an important power projection asset for Turkey,” said Kasapoglu. “Turkey has always considered Qatar an important strategic ally in the region, and it is using this base to demonstrate this view.”

Yet analysts added that it is important not to read Turkey’s decision to deploy troops in to Qatar as “picking a side” in the spat that rocked the Gulf.

“Turkey’s military base in Qatar has always been, and still is, a symbolic gesture and nothing more,” said Atilla Yesilada, a political analyst with Istanbul’s Global Source Partners.

“While Turkey values its partnership with Qatar, and does not approve the foreign policy vision Saudi Arabia is trying to enforce on the small but influential emirate, it is also not willing to – and can not afford to – pick a fight with Riyadh”.

“The ratification of the military treaties is not an anti-Saudi move at all,” Kasapoglu added. “Turkey still sticks to ‘I don’t want problems between my two good friends’ policy.

“Yet, although this is not an anti-Saudi position, it is a pro-Qatari one for sure. Ankara prioritised its geopolitical perspective, and showed that it holds its military presence [in Qatar] above the recent diplomatic crisis.”