ANALYSIS – Is Israel Sabotaging A Return To The JCPOA? 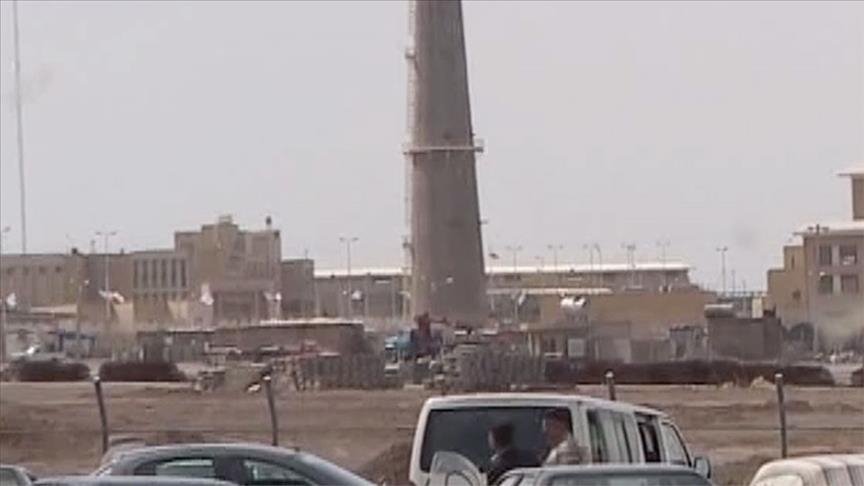 By Batu Coskun (The writer is a London-based political analyst focusing on Turkey, Israel, and the Gulf. He holds a master’s in comparative politics from the London School of Economics).

Iran’s nuclear facilities in Natanz took a devastating hit in the form of a power cut on the eve of informal talks between the US and Iran on a possible return to some rendition of the Joint Comprehensive Plan of Action (JCPOA). By some estimates, Iran’s plans to enrich weapons-grade uranium have been delayed by several months due to the severity of the attack. Iran’s strategic assets have thus been compromised, and Tehran has been humiliated due to inadequate security and a lack of counterintelligence, all of which has happened in the context of upcoming presidential elections. More significantly, the attack has sabotaged the integrity of further talks with the US and enraged the leadership in Tehran.

Unsurprisingly, Iranian officials have pointed the finger at Israel, which considers Iran’s nuclear program as a non-negotiable threat to its security. While Israel has neither denied nor assumed responsibility for the incident, there is a tacit consensus in the international community that the attack was at the very least executed with a nod from Israel. Israel has in the past targeted Iranian nuclear infrastructure and certainly possesses the means to have ordered this latest intervention. The Natanz incident, on the other hand, should not be viewed as an isolated event, but rather as part of a much larger strategy of isolating Iran and steering American policy vis-á-vis Tehran.

Israel’s position on a return to the JCPOA has indeed been uncompromising. The country’s security cabinet is reported to be gravely concerned about a hurried return to the JCPOA under Joe Biden, which would restrict Israel’s footprint in the region. With Israeli concerns having been largely fallen on deaf ears in Washington, which is seeking a new impetus to recharge negotiations, the likelihood of Israeli involvement in Natanz seems all too high.

Israel’s desire to see the process fail should come as no surprise, given that it has been sidelined by the US and reduced to being a mere spectator in Washington’s negotiations with Tehran. With public denouncements and diplomacy exhausted, Israel would most likely resort to more drastic measures to make a point of not returning to the JCPOA. Israel has entered the phase of contingency planning, raising the stakes in its dealings with Iran. The possibility that Israel maintains a clandestine yet elaborate structure that allows it to target critical Iranian nuclear interests suggests that future unilateral interventions are on the horizon.

The US, on the other hand, appears to be irked by Israel’s alleged meddling, but this would do little to change the Israeli position. The US has few options for preventing its closest ally in the Middle East from undermining negotiations. Fearing isolation as a result of a possible agreement between Iran, the US, and other guarantor countries, Israel’s modus operandi will be to hinder negotiations at every turn. While Israel seems bent on acting as a counter-balance to Iran, its fervor in doing so may result in the very isolation it is hoping to evade.

No deal is the best deal

The current Israeli position on Iran is that any deal runs counter to its interests. Israelis have also sought to make it clear to Washington that the only way to deal with Iran’s nuclear ambitions is to use hard power rather than negotiate. While this rationale strongly resonated with President Trump, his successor President Biden, who sees a comprehensive agreement as the only viable way forward, is determined to pursue the diplomatic route.

If Israel was indeed complicit in the Natanz attack, then this must be a message to the US rather than Iran. Israel has not shied away from targeting Iranian strategic assets in the past, though the timing of this strike was particularly opportune in Israel’s eyes. Israel has shown to the US that it is willing to defy directives from Washington and will maintain an independent policy in the Middle East. By possibly delaying Iran’s nuclear operations by months, Israel has also created a window of opportunity to make its case to the US that the JCPOA should not be revived.

Although the American-Israeli convergence on the Middle East may be broad, the Iranian question remains a potential thorn on their sides. Israel’s decision to act unilaterally stems from a regional calculus that currently serves the Israeli position as well as security interests that are perceived to be non-negotiable.

Israel’s hand has been strengthened as a result of the Abraham Accords, which have provided Tel Aviv with a new set of potential partners in the region. This novel strategic alignment, coupled with the American tendency to appease Israel even when the Israelis appear to pursue policies counter to American interests, would allow for an attack of this nature. While US officials appear to have instructed Israel to cease attempts to stymie negotiations with Iran, they have so far encountered non-compliance.

Israel’s efforts to sabotage a future nuclear agreement continue to put to the test the Iranian approach of maintaining a policy of “strategic patience”. In the last two years, Iran has suffered a series of setbacks, including the killings of towering figures such as Qasem Soleimani and Mohsen Fakhrizadeh. Yet Iran has refrained from reprisals, partially in the hope of returning to the JCPOA, but more importantly due to dwindling resources and institutional capacity, with Iranian power spread too thin across many conflict-ridden areas.

The Natanz attack is thus the latest addition to the list of public setbacks. Despite these public humiliations, Ayatollah Ali Khamenei, the leader of the Iranian regime, has so far permitted the negotiations to proceed in the hope of returning to an agreement. European stakeholders, on the other hand, also share the willingness to reach an agreement. All sides involved in the negotiations concede that an operational framework for Iran will be in everyone’s best interests.

Israel fears the prospect of isolation, which has already begun to creep in. In the hope of isolating Iran from the international community, Israel has become increasingly hostile and uncompromising under Benjamin Netanyahu. Provoking Iran in order to prove that hard power is the only deterrent against its nuclear ambitions has tarnished Israel’s position. Israel has found itself in a geopolitical quagmire of its own making, backed into a corner where no compromise seems possible. If a nuclear agreement does become a reality in the coming weeks despite Israeli attempts to sabotage the process, Israel will then be the odd one out.

*Opinions expressed in this article are the author’s own and do not necessarily reflect the editorial policy of Anadolu Agency.