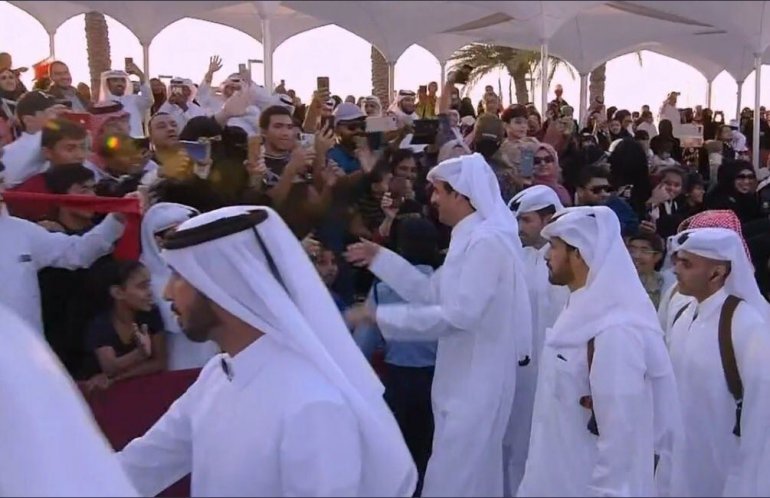 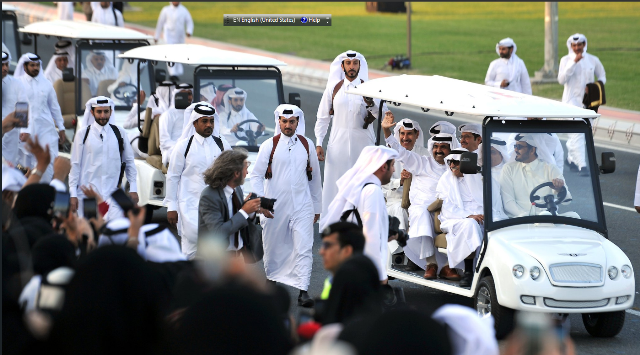 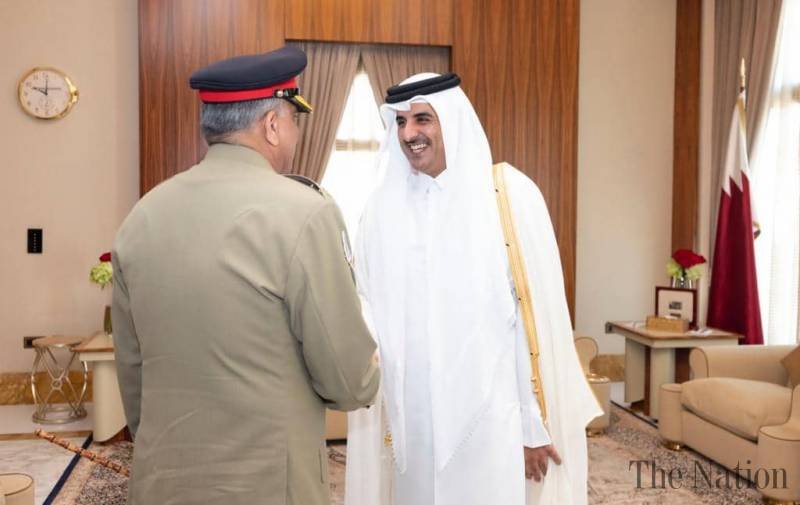 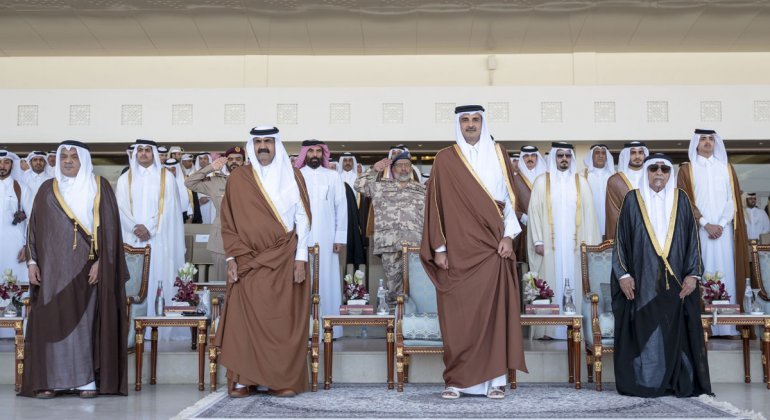 Among participants also included Members of Shura Council, members of Central Municipal Council, heads of diplomatic missions accredited to the State and number of senior officers of the Armed Forces and the Ministry of the Interior, as well as scores of citizens and residents.

The show began with the national anthem, then verses from the Holy Quran were read. Eighteen artillery rounds were then launched to mark the national day of the State.

The Amiri Land Forces, Amiri Air Forces and Naval Forces, afterwards teams from the Ministry of Interior and Civil Defense took part in the parade as Internal Security Forces “Lekhwiya” paratroopers descended from the air, in addition to a show of modern armored vehicles and military equipment.

Amir of Qatar has congratulated all the people of Qatar on the occasion of National Day. The Amir tweeted his greeting on his official Twitter handle after the  National Day Parade held at the Doha Corniche today afternoon.

“I congratulate the people of Qatar – citizens and residents – on the National Day. I pray to God to perpetuate our country’s great blessing in security, safety and stability, and to fulfil the aspirations of our people for greater strength, dignity and prosperity,” Amir tweeted in Arabic.

The Amir also tweeted earlier that “we applaud” the resilience of people in defending their country and their determination to continue on the path of development.

“On Qatar National Day, we remember the sacrifices of parents and grandparents for the sake of the nation’s pride, and we applaud the resilience of the people of Qatar in defending their country’s independence, achievements and principles, and affirm their determination to continue the path of construction, development and dignity,” the Arabic tweet said.

Thousand of citizens and residents attended the parade held in the afternoon where various wings of Qatari Armed forces marched with the latest arms to mark the National Day.

Daily ‘The Nation’ from Pakistan reported today that this morning, Chief of Army Staff (COAS) of Pakistan, General Qamar Javed Bajwa attended the National Day Parade on his official visit to Qatar.

Prime Minister of State of Qatar  expressed keen desire to further diversify and broaden mutual cooperation including security. COAS assured him of Pakistan’s full cooperation in all mutual undertakings.