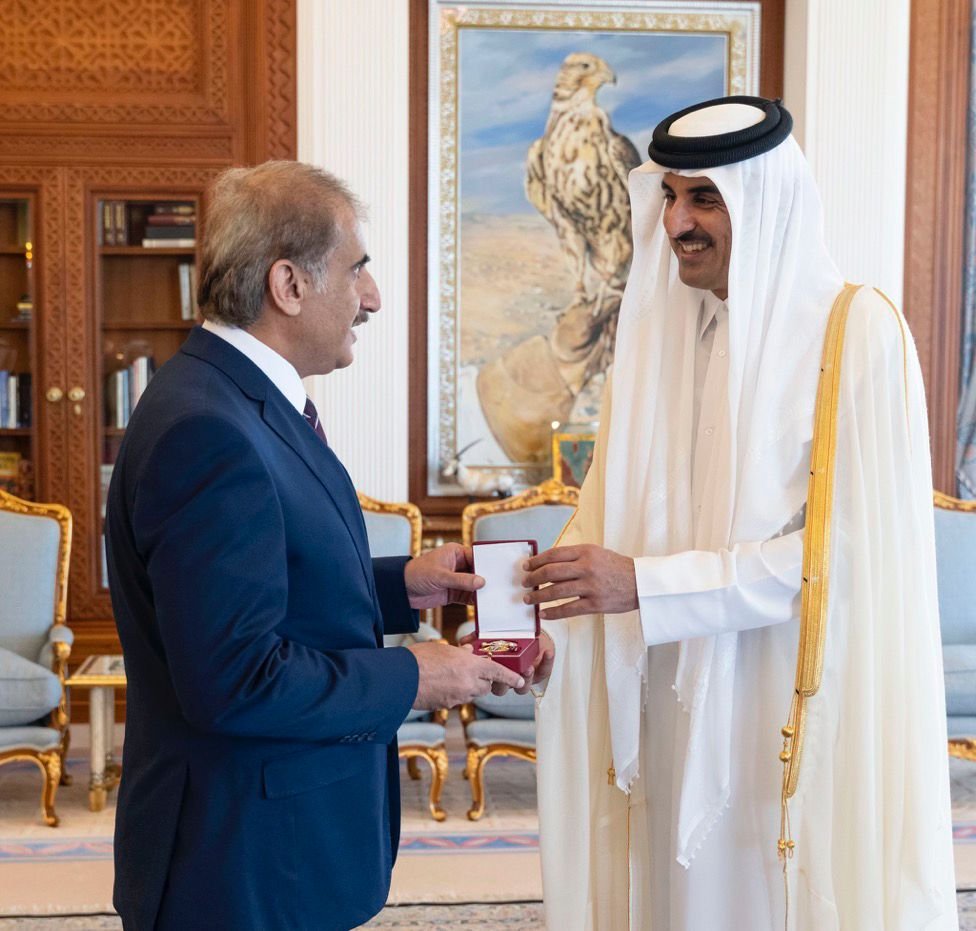 According to Pakistan emnassy press statement, His Highness the Emir met the outgoing envoy of Pakistan at the Emiri Diwan.

The Emir wished the Ambassador success in the future duties and praised his role in strengthening bilateral ties between the two brotherly countries.

Outgoing Ambassador of Pakistan expressed his gratitude and appreciation to His Highness the Emir and the officials of the State for the cooperation accorded to him that contributed to the success of his tenure in the country.