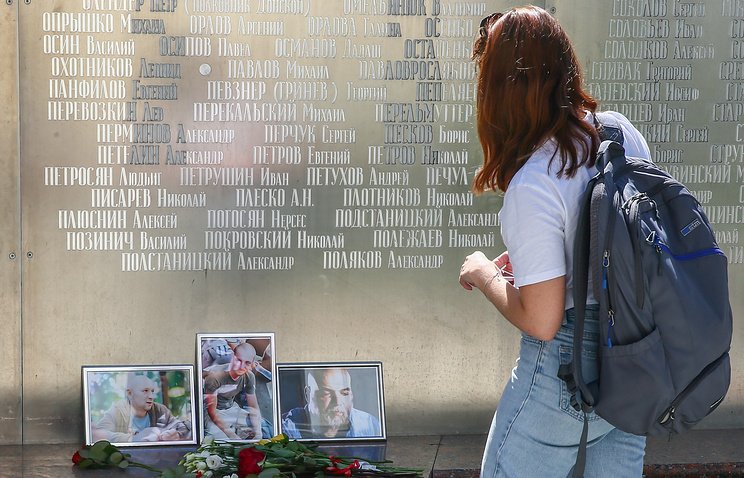 An Air France jet conducting a flight from Bangui, the Central African Republic, to Paris has evacuated to France the bodies of three Russian journalists, who were found dead earlier this week near the city of Sibut to the north of the capital, Rossiya-24 channel said.

From Paris, another jet will bring the bodies to Moscow overnight to Sunday.

The Russian Embassy in the Central African Republic, a country torn by internal strives, issued a report on the death of three persons near the town of Sibut to the north of the capital Bangui on Tuesday, July 31.

It said the journalist IDs issued in the names of Kirill Radchenko, Alexander Rastorguyev and Orkhan Dzhemal had been on the killed men.

UN officials said the men’s bodies had been found near a shelled car. They pledged support to the CAR authorities in investigation of the incident.

Alexei Venediktov, the editor-in-chief of the Echo of Moscow liberal radio told TASS the three-strong filming crew had come to the CAR to shoot a documentary.

The official spokesperson for the Russian Foreign Ministry, Maria Zakharova, gave the assurances that the families of the slain journalists would get all the essential assistance.-0-kle.