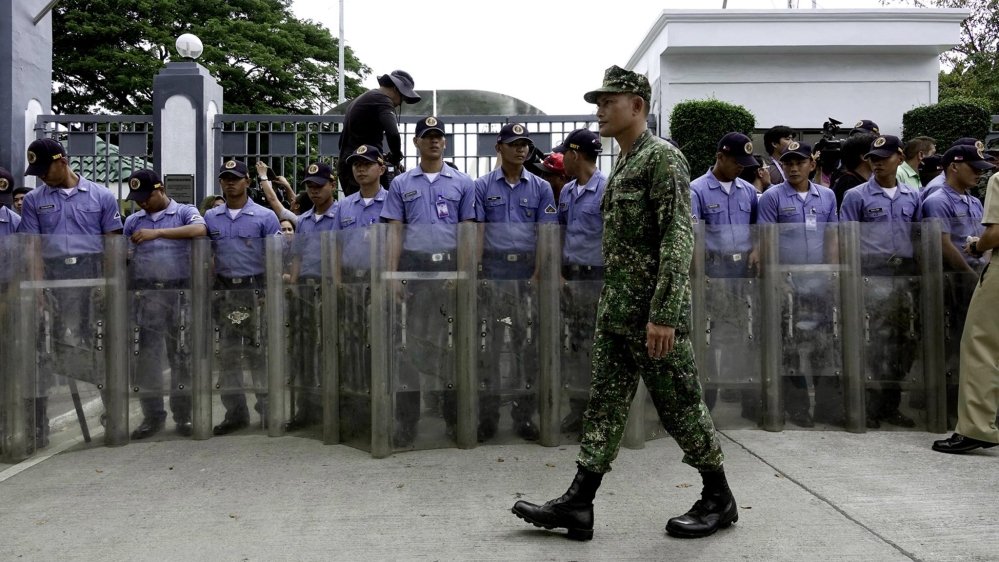 Despite public opposition, Ferdinand Marcos, the late president of the Philippines, has been buried in a heroes’ cemetery in the capital in a ceremony shrouded in secrecy .

The ceremony began at noon on Friday 18th November 2016 with a 21-gun salute as soldiers in parade dress and ceremonial rifles stood to attention at the Cemetery of Heroes in Manila, after Marcos’ body was secretly flown to the venue in an apparent effort to avoid protests.

“There is a sense of doom here, coming from protesters who oppose the burial. They say Marcos was a thief until the very end,” Al Jazeera’s Jamela Alindogan, reporting from the military-run cemetery , said.

“He cheated his way to power and killed many people.”

The Supreme Court ruled last week that Marcos could be entombed in the cemetery, where former presidents, soldiers and national artists have been interred.

President Rodrigo Duterte had promised a hero’s burial for Marcos during his election campaign.

Still, the funeral shocked many pro-democracy advocates and human-rights victims who planned several protests nationwide on Friday to oppose the burial.

“They remain deaf to the calls of the many Filipinos demanding justice for the abuses during the Marcos regime and remain numb to the pain of too many innocent victims of Martial Law.”

Police said that the remains of Marcos were flown by helicopter from his hometown in Ilocos Norte for the burial in the Cemetery of Heroes in metropolitan Manila.

They also said that the ceremony was not an official state funeral.

Marcos was president of the Philippines from 1965 to 1986, when he was overthrown by a revolt – dubbed the People Power revolution – and forced to flee into exile to Hawaii, where he died in 1989.

His body was returned to the Philippines in 1993 and has since been kept in a refrigerated crypt in a mausoleum in his hometown of Batac, Ilocos Norte, 470 km North of Manila.