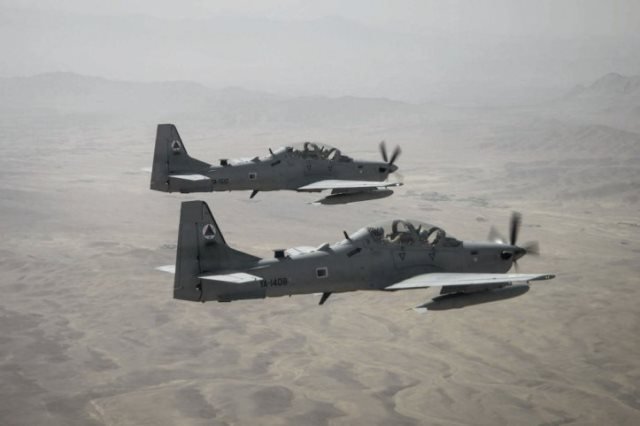 Afghanistan is to receive a further six Sierra Nevada Corporation (SNC)–Embraer A-29 Super Tucano light-attack turboprops under a deal announced on 25 October.

The aircraft will add to the 20 already received by the Afghan Air Force (AAF). Of these, 12 have so far been delivered to Afghanistan, with deliveries having been expedited ahead of the 2017 ‘fighting season’.

The remaining seven (one was lost in a US-based training accident and is yet to be replaced) are located at Moody Air Force Base (AFB) in Georgia for use as training platforms ahead of their eventual relocation to Kabul.

While no delivery date has been disclosed for the new aircraft, SNC said that production at its Jacksonville plant in Florida will begin “immediately”.

The addition of six more aircraft means that a further nine pilots and 20 maintainers will need to be trained to bolster the 30 pilots and 90 maintainers already going through the pipeline, with instruction by the 81st Fighter Squadron at Moody AFB being extended from 31 December 2018 through to 31 December 2020.

News of the deal of six more Super Tucanos for Afghanistan comes just days after Embraer disclosed that it had a deal to an undisclosed customer that was also for six aircraft. In the wake of this latest announcement, Embraer confirmed to Jane’s that this is not the same deal.