A Rousing Welcome For Emir of Qatar, Thousands Thronged on Corniche Street of Doha 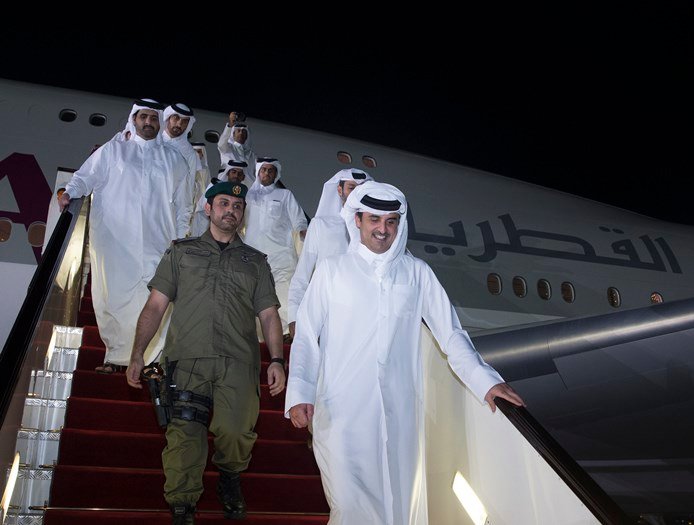 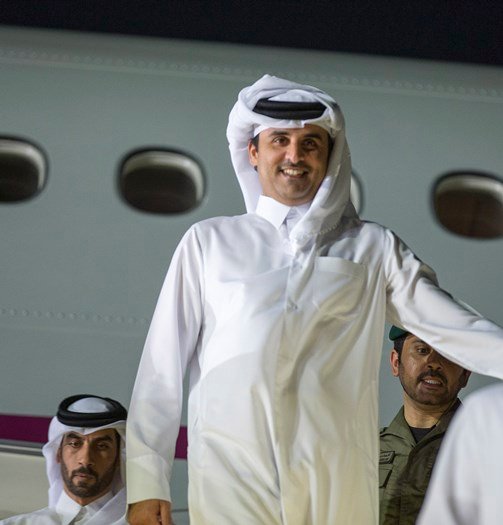 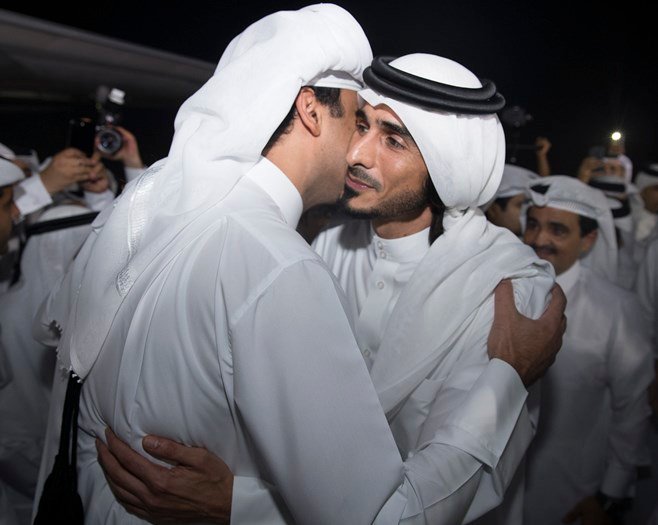 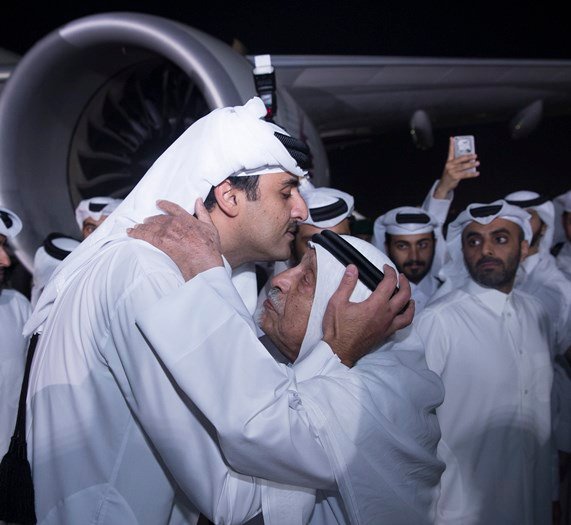 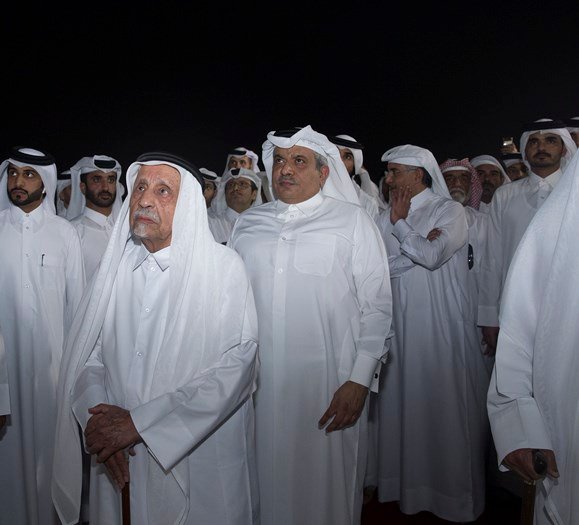 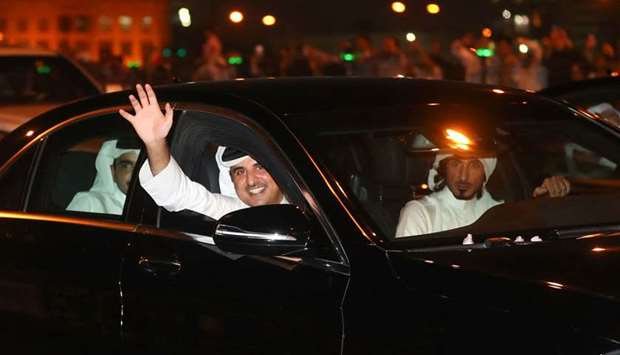 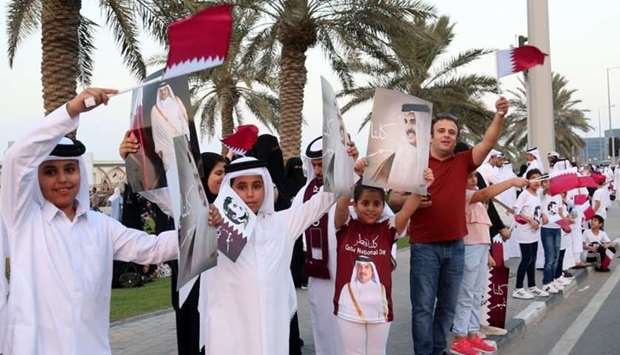 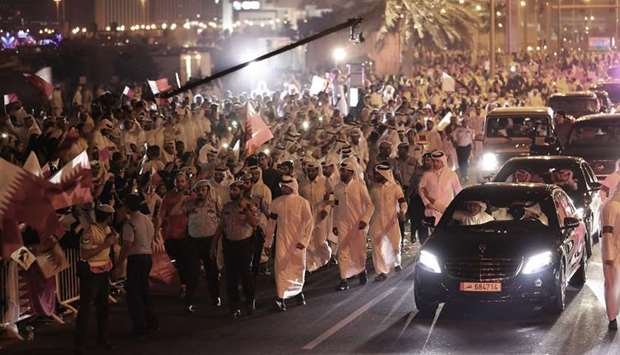 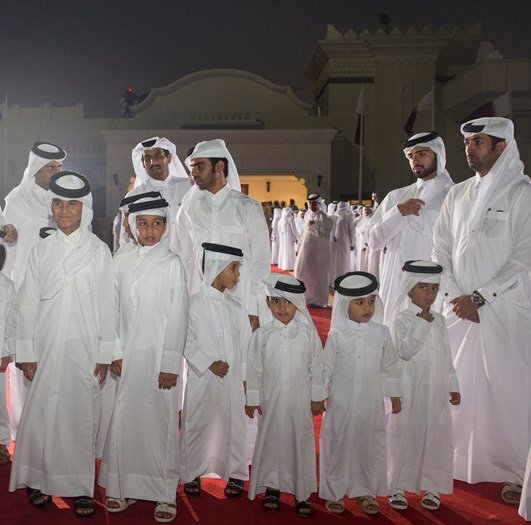 Thousands of people gathered this evening in central Doha to welcome back the Emir of Qatar following his trips in Europe and the UN General Assembly, in a show of unity in the wake of a nearly four-month diplomatic crisis in the Gulf.

Sheikh Tamim bin Hamad Al Thani returned to the Qatari capital on Sunday after concluding his first foreign trip since the major crisis erupted on June 5 when a Saudi-led group of Arab countries cut ties with Qatar and imposed a land, sea and air blockade on it.

Qatar residents and members of the multinational community waved flags and banners as the Emir’s entourage passed through the Corniche.

Sheikh Tamim bin Hamad AlThani surprised everyone by stepping out of his vehicle many times to interact with the people, some of whom had camped since the afternoon just to catch a glimpse of him.

Al Jazeera’s Hashem Ahelbarra said that thousands of Qataris and members of the expatriate community had amassed in Doha’s waterfront, known as Corniche, to greet the emir as his motorcade passed by.

“This is a very important moment for the people of Qatar,” Ahelbarra, reporting from Corniche, said.

“For them this is a show of unity and also a message to the international community that despite the fact that a blockade was imposed on the country, they continue to fight for what they consider to be a legitimate right to defend the sovereignty of Qatar.”

The show of unity was also aimed at refuting rumours from other Gulf media outlets that Qataris are looking for a change of leadership.

“This display of passion and patriotic fervour among the Qataris is really quite unprecedented,” Ahelbarra said.

Sultan Barakat, director of Center for Conflict and Humanitarian Studies at the Doha Institute, said it felt “as if half of Doha” was on the street.

“Publicly, seeing the images today will push them [the blockading countries] to think twice about this particular issue,” he added.

“It’s been about 110 days or so and there hasn’t been any feeling of split in the society and it seems to me that everyone is very much united behind the emir.”

Speaking at the UN General Assembly in New York on Tuesday, Sheikh Tamim said that the countries imposing an “unjust blockade” on Qatar are seeking to destabilise a sovereign state.

“I stand before you while my country and my people are subjected to an ongoing and unjust blockade imposed since June 5 by neighbouring countries,” he said, asking if this was not the definition of “terrorism”.

Earlier, the emir had met German Chancellor Angela Merkel in Berlin, where he said he is ready to sit at a negotiating table to solve the regional crisis.

Sheikh Tamim also held discussions with French President Emmanuel Macron, who called on the blockading countries to lift the embargo on Qatar “as soon as possible”.