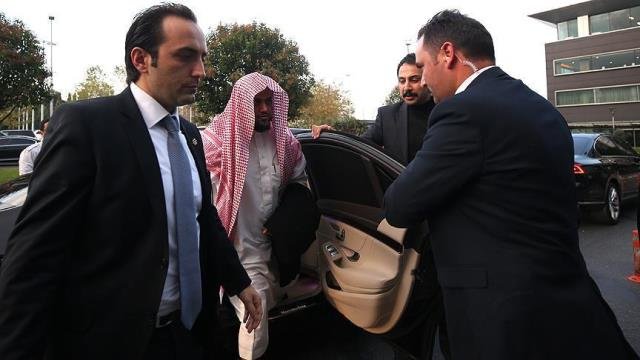 Khashoggi, a Saudi journalist and columnist for The Washington Post, went missing after entering the Saudi Consulate in Istanbul on Oct. 2. After initially saying Khashoggi had left the consulate alive, the Saudi administration admitted weeks later he had died there.

On Tuesday, the Saudi top prosecutor visited a courthouse in Istanbul for the second time over killing of the journalist. Al-Mujeb and his delegation also visited the Saudi Consulate in Istanbul.

No official statement was made about either visit.

Investigation of the incident suggests a special hit squad came to the consulate to kill Kashoggi and cover up the murder. The international community refused to accept the Saudi claim that the incident was not a premeditated murder.

Meanwhile, Turkish President Recep Tayyip Erdogan stressed that all details of the case should be revealed, including who gave the instruction for the “premeditated murder”.

U.S. President Donald Trump said he could impose sanctions on Saudi Arabia, but also signaled that he did not want to harm bilateral relations.