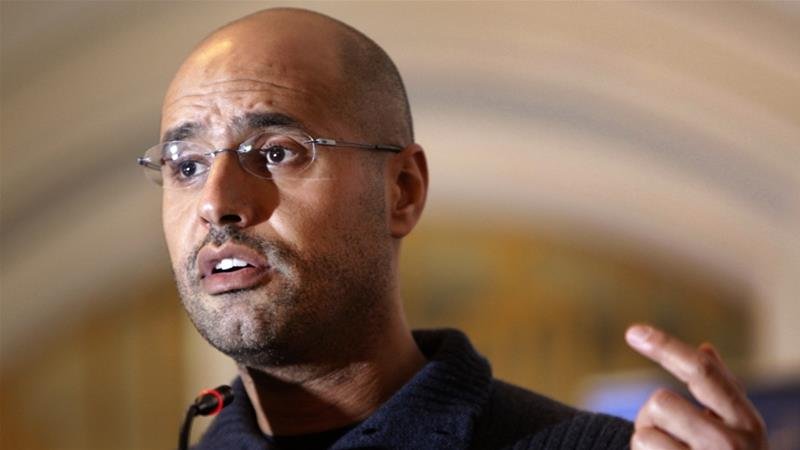 Saif al-Islam Gaddafi, the son of slain Libyan leader Muammar Gaddafi, has been released from prison, according to fighters who control the facility.

A statement from the Abu Bakr al-Siddiq Battalion, a militia which controls Zintan, a mountainous region southwest of the capital Tripoli, said Saif al-Islam was released late on Saturday.

The most prominent of Gaddafi’s sons, Saif al-Islam, 44, was captured in Zintan in November 2011 as he was fleeing to neighbouring Niger after opposition fighters seized Tripoli.

Saif al-Islam, the most prominent of Gaddafi’s eight children, was sentenced to death in July 2015 by a court in Tripoli in a mass trial of former Gaddafi government officials.

He is wanted by the International Criminal Court on charges of war crimes and crimes against humanity.

The commander of the Abu Bakr al-Siddiq Battalion, Ajmi al-Atiri, was set to release a video statement explaining the details of the release.

Since the Gaddafi’s four-decade rule ended in 2011, Libya has struggled to establish basic institutions and rule of law, with militias and former fighters challenging the authority of the weak central government.

Doha, 25 June 2022 THE Embassy of Nepal and the Non-Resident ...
END_OF_DOCUMENT_TOKEN_TO_BE_REPLACED