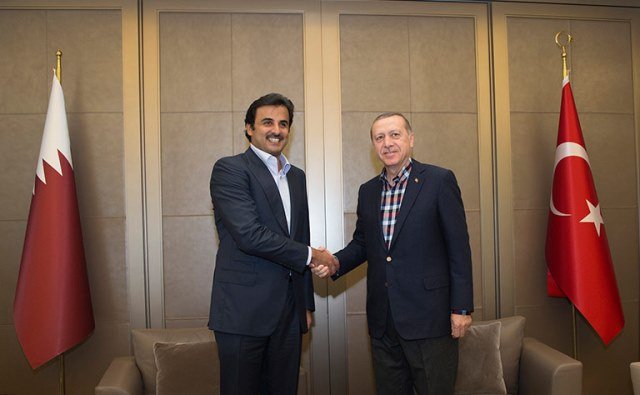 Emir of Qatar Sheikh Tamim bin Hamad Al-Thani arrived on a short visit to Turkey this afternoon and met Recep Tayyip Erdogan, President of Turkey. Both leaders discussed means to promote strategic relations between the two countries in different spheres.

The meeting held at Istanbul’s Huber Palace also discussed regional developments, especially in Syria, Iraq, Palestine, Yemen and Libya. The meeting focused on repercussions of the Syrian crisis on the region and the international community as a whole.

Emir of State of Qatar and Turkish President emphasized the importance of international efforts to seek a resolution that would stop the war in Syria.

Both leaders discussed the situation in Iraq, particularly recent developments in the city of Mosul, the importance of fighting terrorism and the preservation of Iraq’s unity.

The meeting was attended by members of accompanying Qatari delegation and a number of Turkish cabinet ministers.