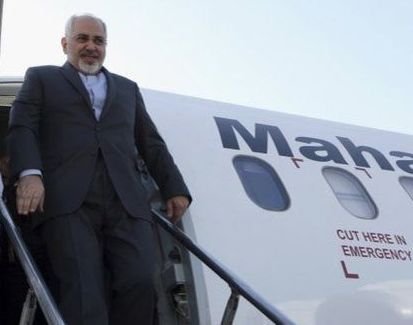 A meeting of senior officials from member states of the Economic Corporation Organization (ECO) in Islamabad on Monday finalized an agenda for a forthcoming ECO summit to be held on Wednesday.

The two-day meeting which began on Sunday with Pakistan’s foreign secretary Aizaz Chaudhry in the chair comes ahead of the 22nd meeting of the ECO’s Council of Ministers to be held on Tuesday in Islamabad, a foreign ministry spokesman said.

The two meetings are part of the 13th ECO summit, which will be held in Islamabad on Wednesday and is expected to be attended by heads of state and representatives from the 10 ECO member states, including Turkish President Recep Tayyip Erdogan.

The most recent meeting was attended by representatives from Turkey, Afghanistan, Azerbaijan, Iran, Kazakhstan, Kyrgyzstan, Pakistan, Tajikistan, Turkmenistan and Uzbekistan.

The ECO was established in 1985 by Iran, Turkey, and Pakistan. It succeeded the Regional Cooperation for Development, which was founded in 1964 to promote cooperation among the three member states.

In 1992, the organization welcomed seven new members: Azerbaijan, Turkmenistan, Uzbekistan, Tajikistan, Kyrgyzstan, Kazakhstan, and Afghanistan. The Treaty of Izmir, signed in 1977 and subsequently amended in 1996, is the group’s legal foundation.

During their stay in Pakistan, Heads of state and government, and their accompanying delegations will be given foolproof security.

On the instructions of the Interior Minister, for the convenience of residents of Rawalpindi and Islambad it will be a local holiday in both cities on March 1 while on February 28, after 1 pm, educational institutions and offices will be closed.

A traffic plan for the twin cities during the summit, was also approved. From February 28 till night of March 1, Kashmir highway will remain closed from Zero Point to Serena square for ordinary traffic.

These steps will be taken to ensure security, uninterrupted flow of traffic and for saving citizens from any hardship.

The traffic coming from Murree and Kashmir will gain access to Kashmir Highway and Zero Point through Faizabad via Convention Centre. The Interior Ministry appealed to the residents of twin cities for cooperation in view of the significance of ECO meeting.

Besides ensuring security of VIPs and smooth flow of traffic on alternative routes, it should also be ensured that the citizens face the least inconvenience, he directed.

The minister said the security of ECO summit was not only an administrative issue but also a matter of image of Pakistan.