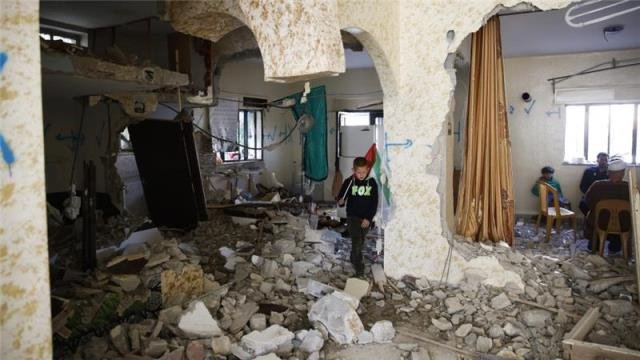 Israeli forces shot and killed 134 Palestinians, including 34 minors, most at military checkpoints in the West Bank, since the start of 2016, a Palestine Liberation Organization (PLO) Center said on Saturday.

In It’s bi-weekly report on Protection of Civilians, United Nations Office for the Coordination of Humanitarian Assistance to the occupied Palestinian territory (OCHA) reported that Israeli forces shot dead two 19-year-old Palestinians during two separate clashes in the last two weeks of December.

According to its annual report on Israeli violations in the occupied territories, the PLO’s Abdullah Hourani Center for Documentation said most the 134 Palestinians shot dead by Israeli forces were killed at military checkpoints, which numbered over 472 in 2016. It said 34 of the dead were minors.

OCHA, on the other hand, said that in 2016, 101 West Bank Palestinians were killed in “conflict-related incidents,” including 80 in attacks and alleged attacks against Israelis, comparing to 145 in 2015.

The PLO Center said the Israeli authorities announced or gave tenders or permits for the construction of 27,335 new housing units in settlements in the occupied land.

It said the Israeli forces detained 6970 Palestinians from the West Bank, East Jerusalem and the Gaza Strip, including 140 minors and 151 women.

OCHA said Israeli forces conducted nearly 180 search operations and arrested more than 240 Palestinians in the West Bank in the last two weeks of December, including a search operation inside Birzeit University in Ramallah and a media association in Hebron where several computers were reportedly confiscated in the two locations.

The Jerusalem govern-orate accounted for the highest portion of operations (46) and of arrests (100), said OCHA.

UN report mentioned that the Israeli authorities demolished or seized 11 structures in Area C and East Jerusalem in the last two weeks of December on the grounds of the lack of building permits, displacing one Palestinian and affecting more than 250 others