Qatar-USA 2021 Year Of Culture Kicks Off 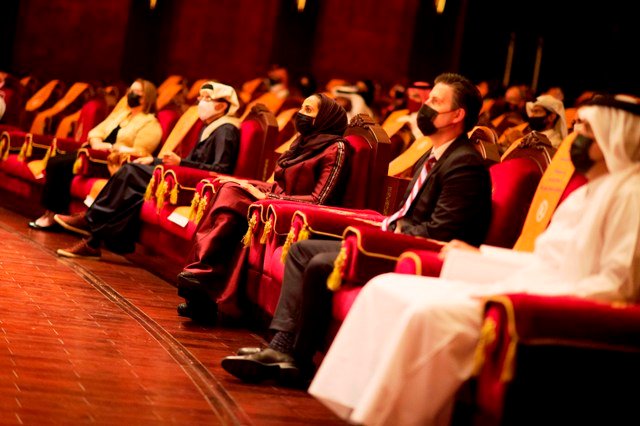 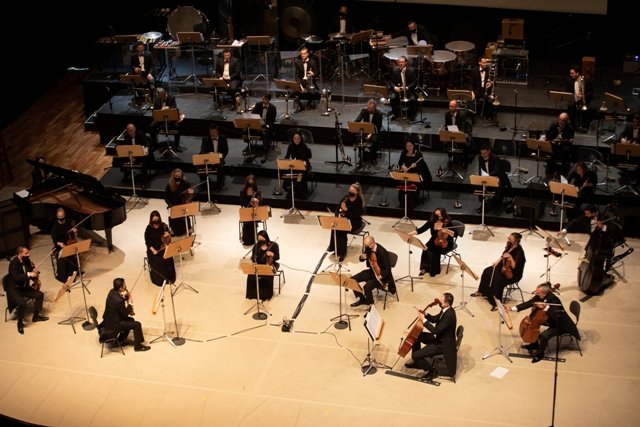 Qatar-USA 2021 Year of Culture kicks off today from Katara Cultural Village Opera House hosted by National Museum of Qatar and US Embassy in Qatar.
Present on the occasion were  Sheikha Al Mayassa bint Hamad bin Khalifa Al Thani, Chairperson of Qatar Museums; Salah bin Ghanem Al Ali, Minister of Culture and Sports, Qatar; Sheikh Meshal bin Hamad Al-Thani, Ambassador of the State of Qatar to the United States; and Ambassador Greta C. Holtz, Chargé d’Affaires, United States Embassy in Qatar.
Qatar-USA Year of Culture took off with the maiden stage performances by Qatar Philharmonic Orchestra (QPO) and the U.S. Air Forces Central Band (AFCENT Band). The concert marked the beginning of a year of specially curated exhibitions, festivals, bilateral exchanges, and events to be held in both nations.
The Qatar-USA 2021 Year of Culture is intended to enhance cultural and artistic exchange and exemplifies the renewed commitment of the two nations to foster mutual understanding and promote intercultural dialogue. The launch follows the signing of a cooperative agreement on 14 September 2020 between the State of Qatar and the United States of America during the 2020 Qatar-United States Strategic Dialogue in Washington, D.C.
The Year of Culture program was first launched in 2012 with Qatar-Japan 2012 followed by Qatar-UK 2013, Qatar-Brazil 2014, Qatar-Turkey 2015, Qatar-China 2016, Qatar-Germany 2017, Qatar-Russia 2018, Qatar-India 2019, and Qatar-France 2020.
Qatar-United States 2021 Year of Culture, sponsored by Qatar Airways and ExxonMobil, is being planned in collaboration with leading institutions in Qatar and the United States, including Qatar Museums, the Embassy of Qatar in the United States, the Embassy of the United States in Qatar, Qatar’s Ministry of Culture and Sport, Qatar Foundation, The National Tourism Council, Doha Film Institute, Qatar National Library, Katara, Supreme Council for Delivery, and Legacy and Qatar Football Association.
The concert was led by Joo Young Oh, recently appointed Concertmaster of the Qatar Philharmonic Orchestra, who performs internationally as a violin soloist and member of the New York Philharmonic.
The program was started with the national anthems of both countries, featured a variety of Qatari and American compositions, including Rising and Spirit of Thunder (Dana Al Fardan), Take Me Home, Country Road (John Denver), Fanfare for the Common Man (Aaron Copland),  Lullaby and Porgy and Bess Suite (George Gershwin),  My Heart Will Go On from the film Titanic (James Horner), Al – Haneen (Nasser Sahim Nasseb), Adagio for Strings (Samuel Barber), and Tonight from the musical West Side Story (Leonard Bernstein).
January 17, 2021 / Culture/Traditions