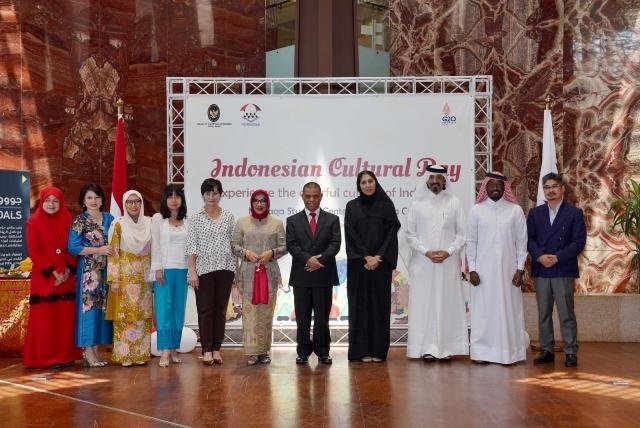 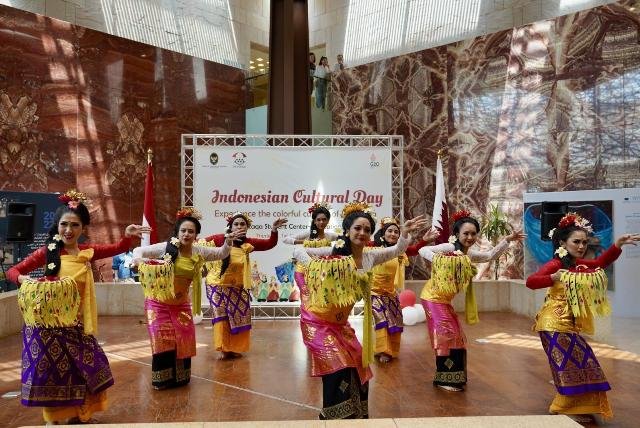 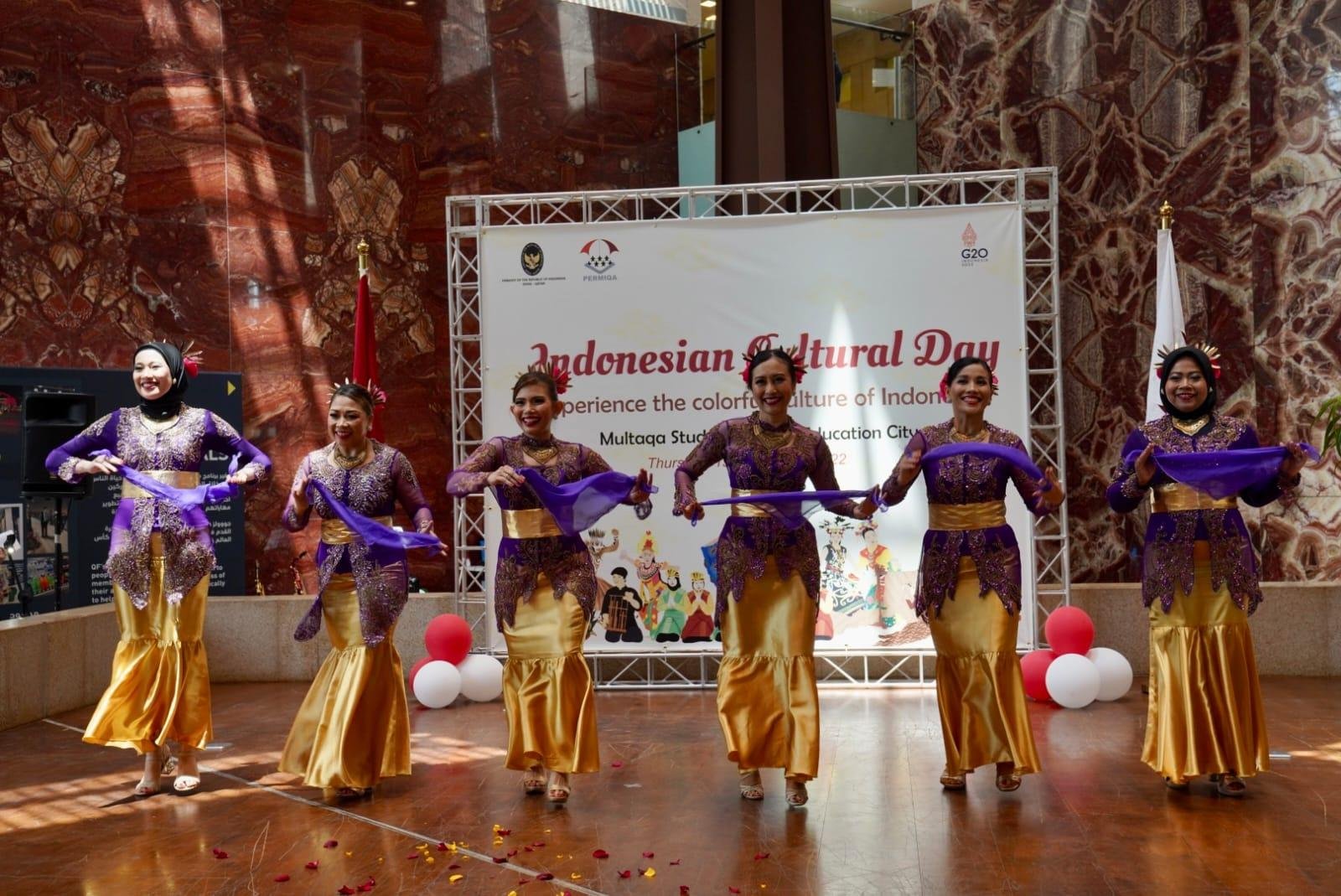 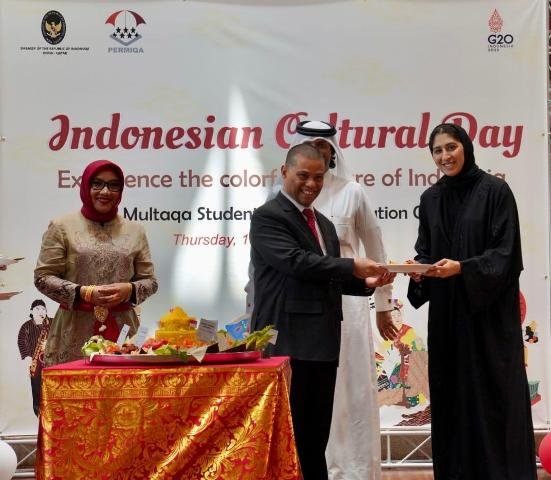 ‘TUMPENG’ cutting, singing and dancing, and other aspects of Indonesian culture were on display at the Indonesian Cultural Day  coinciding with Independence day of the country.

Colorful event was organised by Indonesian embassy in Qatar in collaboration of Qatar Foundation and Association of Indonesian Communities, Qatar aimed to promote the country’s cultural variety.

The event featured what Indonesia is known for, such as coffee demonstration, batik processing, and a ‘jarik’ instruction, among other things. This came as part of the celebrations of the 77th Independence Day of Indonesia, which was marked on August 17.

The recipient of the Indonesian souvenir was Aysha Al Mudahka, director of Strategic Initiatives and Partnerships at Qatar Foundation.

Speaking at the ceremony, Indonesian Ambassador HE Ridwan Hassan emphasised the importance of cultural cooperation in strengthening ties between Indonesia and Qatar. “We see cultural diplomacy as an important component of our mission. Cultural diplomacy can help build trust and understanding
among nations,” he said.

The ambassador said there are Indonesians who have lived in Qatar for over 20 years and they have contributed to the development that Qatar has achieved. “The relationship between Qatar and Indonesia is not only established in the political and economic fields but also in the social cultural fields.”

At the event, traditional ‘angklung’ dances and music were performed by Indonesian cultural organizations such as PuspaQinarya, Indonesian Ladies Angklung, and Sanggar Seni Messaied.

Doha, 24 Sept. 2022 (QE) QatarEnergy announced that it has selected ...
END_OF_DOCUMENT_TOKEN_TO_BE_REPLACED