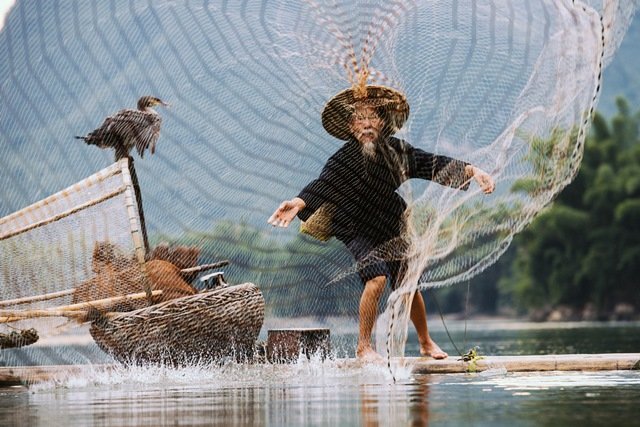 ‘Cultures, From Different Angles’, a spectacular photography exhibition inaugurated on Monday 7th of November showcasing the best works from Qatari and Chinese photographers. It is being exhibit in Building 19, Katara Cultural Village from November 7th – November 30th, 2016.

The exhibition is a unique visual interpretation of this year’s Qatar-China 2016 Year of Culture, an initiative run under the patronage of Sheikha Al Mayassa bint Hamad bin Khalifa Al Thani, that seeks to promote cultural dialogue and to build bridges between the two nations.

Organised by Qatar Museum in collaboration with the Zhejiang Provincial Department of Culture and the Ministry of Culture of the People’s Republic of China, ‘Cultures, From Different Angles’ is displaying works of four Chinese and two Qatari photographers.

Ahmed Al Khulaifi and Saeed Al Marri from Qatar traveled to vast grasslands of northern China to the Li River, one of the purest rivers famous for ‘cormorant fishing’, a tradition dating back 1300 years where fishermen use trained aquatic birds to fish in rivers. During their two weeks incredible journey of discovery, Qatari photographers captured their experiences of Chinese culture and traditions through their own lenses, engaging in an inspiring exchange of artistic discovery.

Mohammed Al Othman, Director, Public and International Relations, Qatar Museums said on the occasion “This exhibition perfectly encapsulates the core values of the Years of Culture initiative in promoting mutual understanding between both Qatar and China. While interacting with people in their natural environments, the photographers present us with deeper insights into both Chinese and Qatari culture in this stunning collection of photography, representing each photographers individual style and experience.”

‘Year of Culture’ has almost become an yearly event and is designed to explore and celebrate cultural similarities and differences and deepen understanding between nations and their people through mutual exchanges of arts, culture, heritage and sport.This is the third photography exhibition held in Qatar as part of the Years of Culture initiative. Previous Years of Culture have included Qatar-Japan 2012, Qatar-UK 2013, Qatar-Brazil 2014 and Qatar-Turkey 2015. During the trips, photographers are encouraged to interact with the locals, learn from them and document their experiences via social media.

Next year, Qatar Museums will celebrate the Qatar-Germany 2017 Year of Culture.