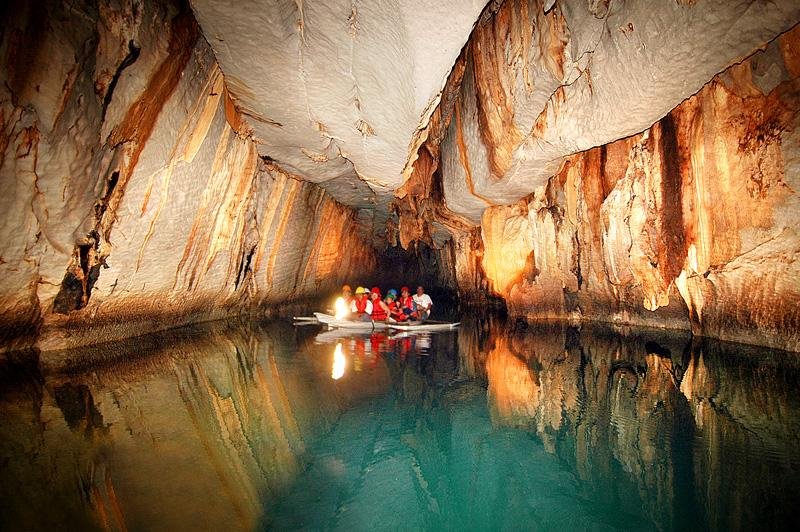 A US-based travel site has included the Puerto Princesa Subterranean River in Palawan in its “Natural Wonders” list.

The Subterranean River was ranked 30th on the updated list of 50 natural wonders of CNN Travel, the travel vertical site of US news channel, CNN.

“Nominated as one of the New 7 Wonders of Nature, the Puerto Princesa Subterranean River runs for 8.2 kilometers underground and boasts limestone karst formations, stalactites, and stalagmites,” CNN Travel writer Bija Knowles in an article dated August 17.

Knowles cited the subterranean river as an ideal place to “cruise down the river in a canoe” and “watch out for the Palawan stink badger” which she described as “an adorable little skunk that lives in the area.”

The Department of Tourism on Thursday welcomed this international recognition noting that Palawan is blessed with “many natural wonders.”

“We welcome these citations for Puerto Princesa Subterranean River, which is just one of Palawan’s stunning natural sceneries. We invite the world to see the other sights in the paradise that is Palawan,” Teo said in a statement.

In addition to the subterranean River, Teo noted Palawan has been cited as the “World’s Best Island” consecutively for two years and by the Travel+Leisure magazine owing to its breath-taking attractions, such as Coron and El Nido island resorts.