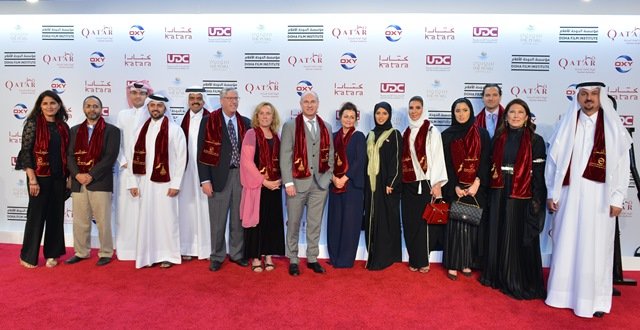 DariQatar received an overwhelming 10,000 plus submissions from over 200 enthusiasts, representing 22 nationalities. Among the top contributors are 17 Qatari nationals, who joined others in submitting video clips of the nation, covering six broad themes: joy, adventure, family, traditions, friendship and uniquely Qatar. The final cut of ‘DariQatar’ is created form over video footage of over 262 hours.

‘DariQatar’ is an inspirational work that celebrates a year in the life of Qatar, through personal stories that give insights into the diversity of Qatar and serve as honest portraits of life in the nation.

Speaking at the launch, Fatma Al Remaihi, CEO DFI said, ‘DariQatar’ promotes proactive storytelling and is a continuation of our mission to engage with the communities through the universal language of film. We want to show the world who we are and invite them into our lives through this historical project, and help break stereotypes of our region. #DariQatar celebrates all that is uniquely Qatar, its diversity, values and traditions and voices our stories, as told by the people who call Qatar home.”

From introducing viewers to Qatar though visual stories of its tradition and heritage to highlighting the Islamic heritage and culture, ‘DariQatar’ will take viewers through to modern Qatar, and incorporates personal stories of people who call Qatar home. The film will screen to the public at Novo Cinemas on the Pearl from December 14 to 17.

‘DariQatar’ is presented by Doha Film Institute and Qatar Tourism Authority with the support of Platinum Partners: Occidental Petroleum Corporation and United Development Company, the developer of The Pearl Qatar.