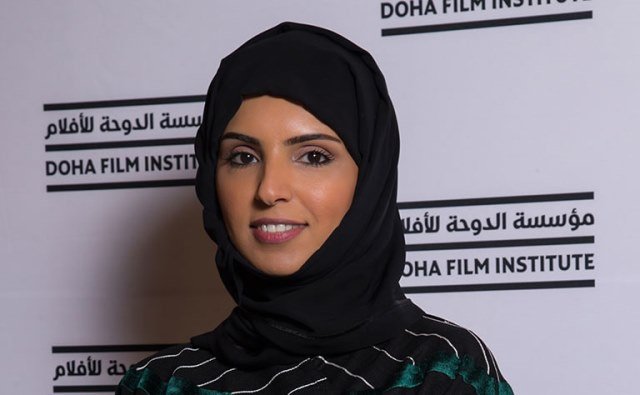 Fourth Ajyal Youth Film Festival, presented by the Doha Film Institute kicks off on Wednesday with the opening night red carpet of the inspiring Kazakh film, The Eagle Huntress (Mongolia, UK, USA/ 2016), a heartwarming celebration of the passion of a determined young woman, the special bond she shares with her father, and of the ability of the human spirit to rise to a challenge.

Otto Bell, director of The Eagle Huntress and actress Aisholpan Nurgaiv will attend the opening ceremony, which will also host the Ajyal Jurors, over 550 young people from across the world, who evaluate the films in competition at Ajyal in three categories – Mohaq, Hilal and Bader. This year, Ajyal highlights the theme of positive social change with 70 thought-provoking films that will inspire the youth and stimulate discussions about real and relevant issues that affect them globally. The motivational line-up includes 24 features and 46 short narratives/documentaries, from 33 countries. There will be 42 public screenings, 18 jury screenings, interactive panels and master-classes, red carpets, exhibitions and family activities.

The themes of the films at Ajyal range from women empowerment to the global displacement crisis, the loss of loved ones, financial dependence, separation and every day struggles, presented with an underlying spirit of optimism and hope that will warm the hearts of the viewers. During the six-day event, Ajyal Youth Film Festival will also will introduce three engaging sessions of insightful discussions under ‘Ajyal Talks’, that provide an inspiring interaction with people who have a positive influence on youth, and highlight the issues affecting the youth of the region.

A thought-provoking conversation series with regional experts on global issues and trends, Ajyal Talks 2016 will be headlined by three eminent social influencers: Omar Hussein, who works with Syrian refugees through the United Nations High Commission for Refugees (UNHCR) as well as with AJ+, Al Jazeera’s online news and current affairs channel; Mohammed Al Hajji, a doctoral student and teaching assistant in the social and behavioural sciences at Temple University in Philadelphia; and Khaled Khalifa, UNHCR Regional Representative to the States of the Gulf Co-Operation Council.

All Ajyal Talks are open for free to the public, and are aimed at promoting intercultural dialogue to foster original thinking and positive action.

Fatma Al Remaihi, Festival Director and CEO of Doha Film Institute, said: “Through Ajyal Talks, we aim to engage the youth meaningfully, promote debate and dialogue on global and regional issues, and inspire critical thinking among them. With topics ranging from the refugee crisis to digital media and youth empowerment, we are confident that these interactive discussions will have a positive impact on the minds of our youth.”