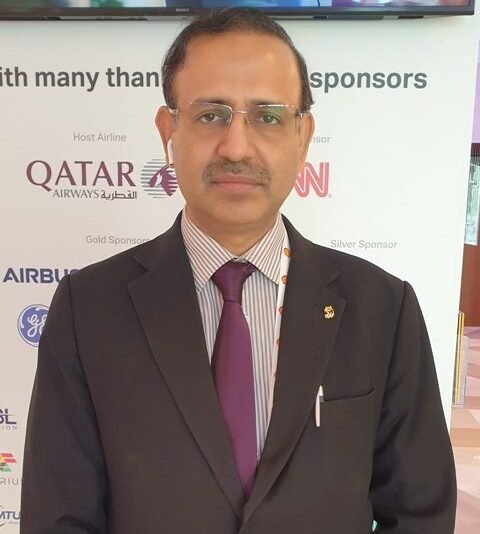 FLIGHTS between Lahore and Doha will resume before Eid Al Adha to meet the demands of Pakistani expatriates in Qatar, Interim Chief Executive Officer of Pakistan International Airlines (PIA), Amir Hayat, has said.

Currently, Pakistan International Airlines has five flights between Pakistan and Qatar — three between Islamabad and Doha, and two between Peshawar and Doha.

Talking to Qatar Tribune on the sidelines of 78th IATA Annual General Meeting (AGM) in Doha on Monday, Hayat praised the quality and conference organisational skills of Qatar Airways.

Speaking about the challenges being faced by aviation industry, he said the sector was probably the worst hit during COVID-19 pandemic, which created the biggest ever challenge for aviation in its 120 years’ history. “It is only recently we have started seeing signs of recovery with some markets getting to normalisation fairly quickly compared to others. However, many countries are still contemplating the travel restrictions to best save their populations from the pandemic,” he said.

Giving an example, he said that China is perhaps one of the biggest markets in the world that is still totally closed to the outside world. “We are looking at normalcy from Gulf and Middle East as eastern markets, particularly China, are still very much restrictive. We still expect that we would achieve 75 percent of
the 2019 levels by the end of this year or first quarter next year,” he added.

Hayat said that despite fiscal challenges, Pakistan government is very supportive and much eager to achieve normalcy while adapting some of the protective measures for some more time.

“In fact, our Federal Minister for Aviation is extending all possible patronage for revival of national flag carrier and other domestic airlines and has made it a point of priority to create favourable environment and regulations for that matter,” Hayat said.

“PIA is engaging all stakeholders, including lessors and Customer Service Providers to ensure financial liabilities are met with mutual agreement. Though, it will be very challenging as fiscal situation of the airlines, including PIA, are not idealistic as we are still in the phase of recovery and not yet there, the liabilities are all
of the normal times.

However, we are glad some of the lessors and business partners are apprehensive of the situation are very conducive, providing much needed life line,” he
added. “Passenger satisfaction is very central to the new found approach and we intend to meet it comprehensive feedback mechanism, schedule reliability, network integrity, on time performance and good food service.”

Talking about his future plan, he said, “Our next target would be product improvement through the induction of route builder mid-tier aircraft which will start becoming part of our fleet later this year and next year. Newer planes would not only increase the product perception and experience, but would also bring reliability.”

Doha, 25 June 2022 THE Embassy of Nepal and the Non-Resident ...
END_OF_DOCUMENT_TOKEN_TO_BE_REPLACED