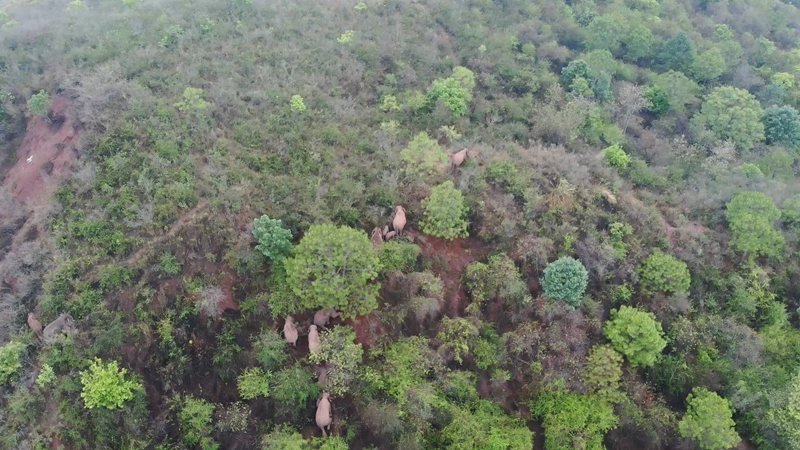 For over a month, authorities have sent police to escort the herd, evacuated roads to facilitate their passage and used food to distract them from entering densely populated areas.

To help the government guide the wild elephants, some villagers have donated their own corn to feed them.

Asian elephants are under A-level state protection in China, and are mostly found in Yunnan. Thanks to enhanced protection, wild elephant population in the province has grown to about 300, up from 193 in the 1980s.