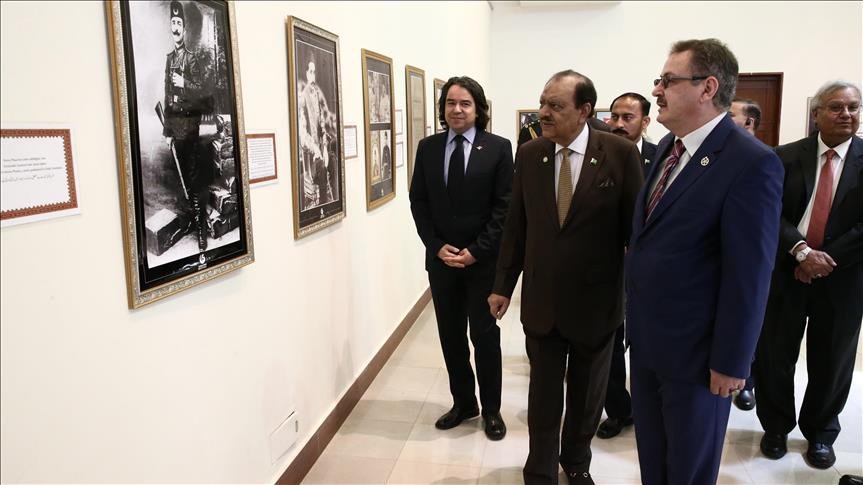 President of Islamic Republic of Pakistan, Mamnoon Hussain recently inaugurated a week-long exhibition displaying a pictorial survey of relations between Turkey and Pakistan in Islamabad.

The exhibition — titled Journey of Friendship and Brotherhood – A Pictorial Survey of Turkey-Pakistan Relations — has been organized by Turkish embassy and Yunus Emre Turkish Culture Center at National Council of Arts.

“Our excellent bilateral relations can be seen at the international forums, where Pakistan and Turkey always support each other,” Hussain told the participants.

Various photos of different personalities and events displayed in the exhibition highlighted the long lasting relations of fraternity and solidarity between the two countries.

Congratulating the Turkish Embassy and Yunus Emre Institute for their efforts to enlighten the new generation about the common heritage between the two nations, Hussain expressed hope that such events would also be organized in other parts of Pakistan.

For his part, Mustafa Yurdakul, Turkish Ambassador to Pakistan, said Turkey and Pakistan are neighbors without physical borders.

He also indicated the relations between the two countries are based on “heartfelt affection and inherit its strength from pure, simple and absolute brotherhood.”

Doha, 25 June 2022 THE Embassy of Nepal and the Non-Resident ...
END_OF_DOCUMENT_TOKEN_TO_BE_REPLACED